There’s a whole lot I could say right now but I can be too much of a perfectionist at times when it comes to publishing something. With that said, I thought I would share some pics of some awesome people I’ve met along the way.

This is David. David is a Ghanaian who spent much of his life in Japan. He works at the school and we play ball together on the weekends.

This is Karl. Karl is Filipino but was raised in Ghana where his family still is. He’s our P.E. instructor and Athletic Director. We’re scoring a Volleyball game here.

This is Manuel (Emmanuel). We were comparing camera quality here which is why I’m distracted.

This is a group of staff who went to the beach over Fall break.

Kingsley on the left, Manuel on the right, and of course me flexing really hard to show everyone I’ve still got it! (Probably not very modest for a Bible teacher)

This is me riding in a tro-tro, which is a van that Ghanaians use like public transport, except that they’re operated by individuals and not companies. I was trying to not be an obvious tourist which is why I have such an angry look…I was distracted.

I was trying to sneak another selfie here at a birthday party but the lighting didn’t work. But you can see here the red beard was getting pretty thick. I trimmed back to a goatee shortly after this, but then decided to let it grow out again. 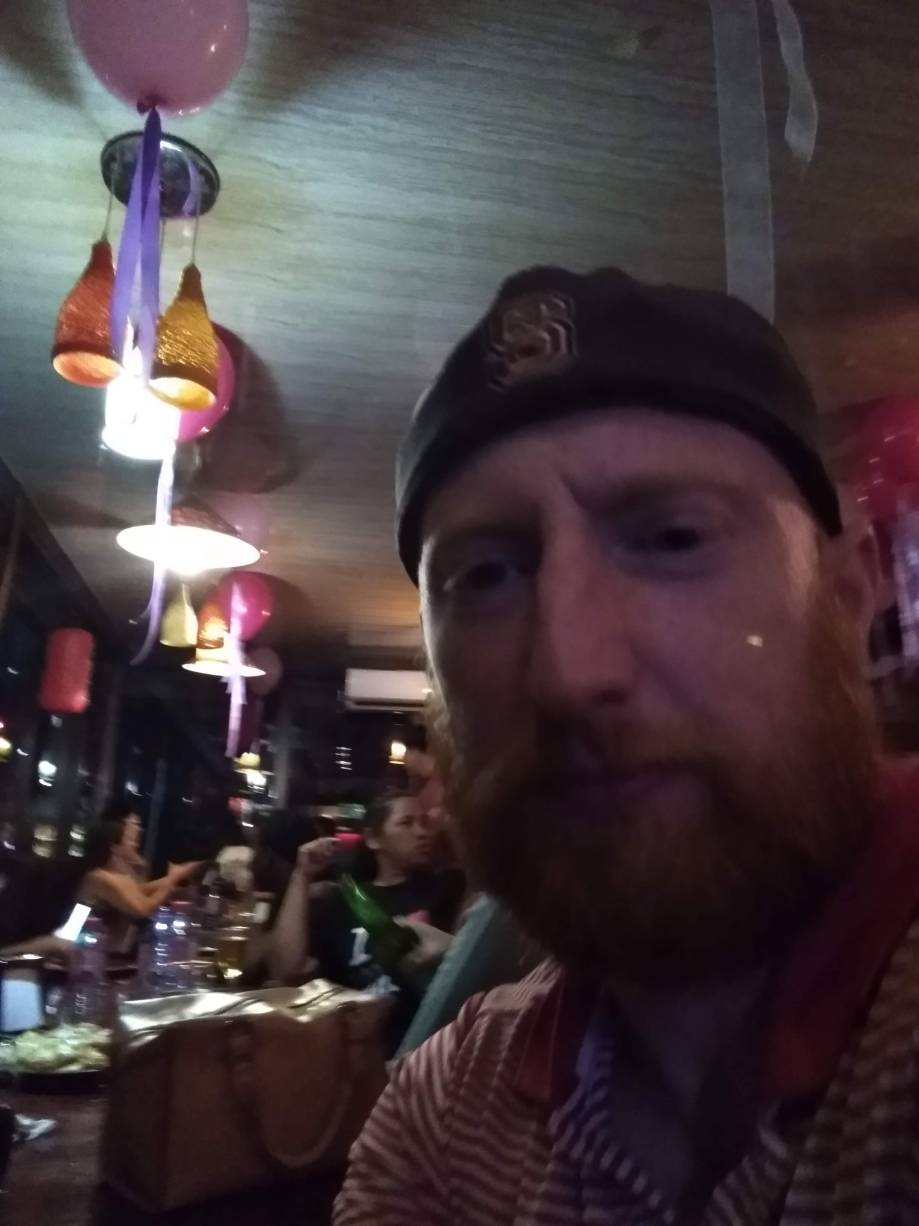 Random praying-mantis. I was just seeing how well my camera worked. Look at those eyes!

Do you know what kind of moth this is? Seriously, I’m asking.

One thought on “Ghana Blog 3”